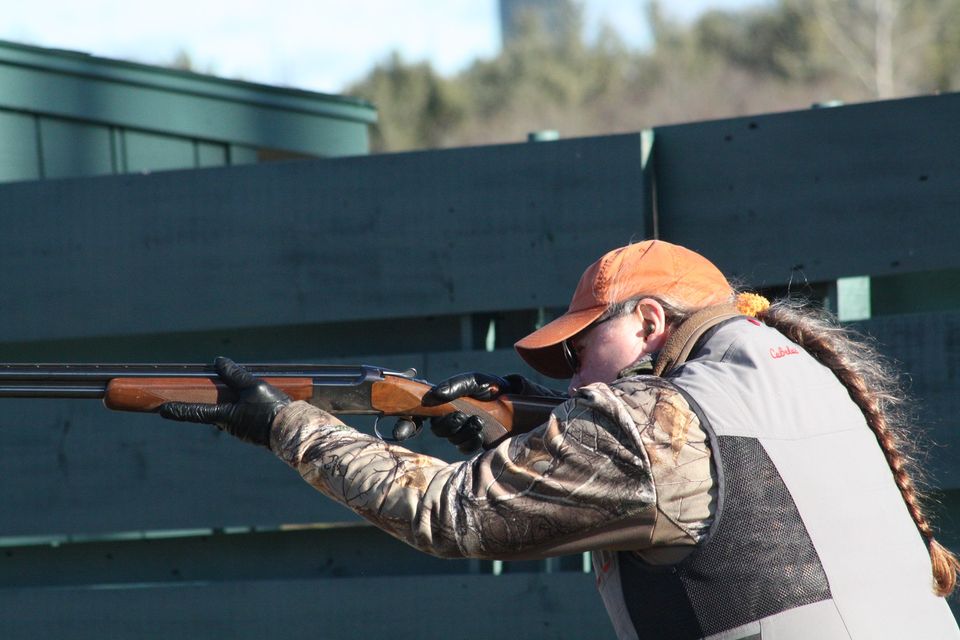 Hours of Operation (subject to calendar):

A round of Traditional Skeet consists of 25 shots from 8 different shooting stations, the first seven of which are spaced equidistant around an arc of a circle, and the eighth is half way between Stations 1 and 7, which are located at each end of the arc.  In Traditional Skeet, the path of the target is always the same. Targets are thrown from houses located at each end of the arc, behind Stations 1 and 7.  The high house target starts from a point 10-feet above the ground at Station 1, and the low house target from a point up to 3-feet above the ground at Station 7.  Targets thrown from each house fly over a stake near Station 8, 18 feet outside of an imagined line between the two houses.

Skeet differs from all other shooting sports, because it was originally developed to improve hunting in the field, and only later, because of its growing popularity, developed into a competitive sport.

Its development was actually brought about, because of the industrial revolution sweeping the country during the early 1900′s. Rural areas began growing at incredible speed, into large, sprawling, industrial cities.

Hunters were now finding it necessary to travel longer distances in order to find areas in which to hunt. When they finally arrived, they discovered the game was no longer as plentiful as it once was. Not only were hunters having a harder time finding game, but certain species had already been hunted into extinction. One example is the carrier pigeon.

The American Sportsman soon began to realize, some form of game conservation would have to be enacted. Eventually, it was, with game seasons, and bag limits, imposed on all hunters. Because of the shortened hunting season, hunters were now finding it harder and harder to get enough practice to become a decent shot.

Some hunters turned to trap shooting to fine tune their hunting abilities. However, this was no help because of the lack of incoming and crossing shots.

In 1920, this problem was finally addressed by Charles Davis of Andover Mass. He was the owner of a dog kennel and an avid hunter. He spent many hours trying to devise a way to improve his field shooting. After trying and discarding many different types of plans he finally settled on an idea based on a field, laid out in a 50 yard circle. He called it “Shooting Around the Clock.”

Around the circle, he placed 12 shooting stations, with a single trap, located at station 12. Shooters would fire two shots from each station, and one from the center, equaling a box of shells, or 25 shots. This layout provided almost every type of shot a hunter would encounter in the field.

All went well, until the owner of the adjoining property complained of falling shot on his land. To avoid any future problems, Davis cut his shooting circle in half, and put a second trap at the opposite end of his shooting field. This became the birth of the modern day skeet field.

This hunting practice field became so popular; it soon developed into a popular shooting game. Eventually, it was renamed Skeet, which is the Scandinavian word for Shoot. In 1926, the first National Skeet Championships were held, and shortly after, the National Skeet Shooting Association was formed.

Members can check out guns from the main office to shoot skeet.